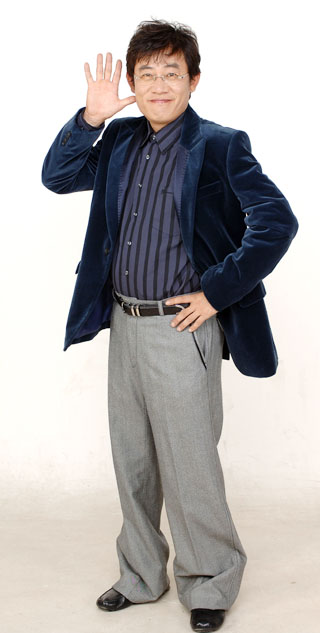 Comedian Lee Kyung-kyu made a pledge yesterday hoping the movie he invested in will attract more than 3 million attendees at the press conference for the film “National Singing Contest.”

“I will donate 100 million won [$87,950] to foster prospective directors when the movie has more than 3 million viewers,” said Lee. “That scholarship will be given from my own pocket, not from the proceeds the movie makes.”

The movie, inspired by a 32-year-old TV program of the same name, will be released in Korea on May 1.

The longest-ever Sunday TV program in Korea has had numerous contestants singing on stage, sharing some touching and moving stories. The movie is composed of recreated anecdotes given by each and every contestant.