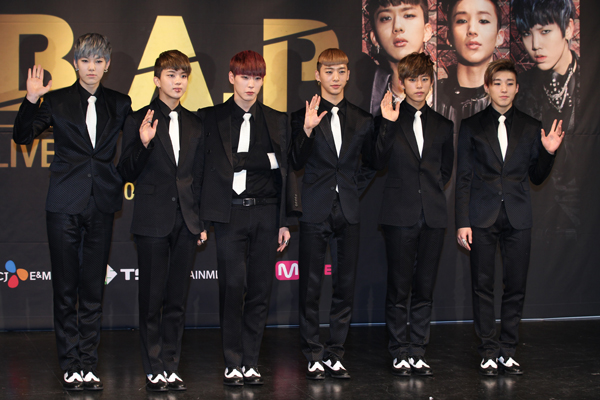 Boy band B.A.P has decided to hold another concert in Japan after tickets to its two-day concert next month were sold out immediately after release, according to the group’s agency TS Entertainment.

Such news on the group’s first solo tour named “B.A.P Live on Earth Japan” shocked the Japanese entertainment industry as the group never made an official debut there.

The same number of tickets for concerts in the United States were also sold out within an hour of going on sale.

“As soon as a notification about the [concert] was posted online, we had so much traffic that the Web site crashed. There was also a surge of phone calls,” said Creative Man Productions, organizer of the group’s concerts in Japan.

Thereafter, the Korean agency decided to add one more concert to the group’s first-ever world tour, making a total of 11 concerts in five different countries.