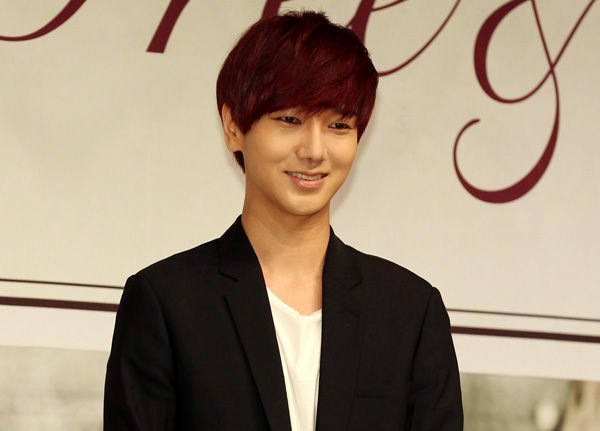 Yesung of boy band Super Junior will be enlisted next month.

To serve his mandatory military duty, he starts his 23-month term on May 6.

He will undergo basic training for four weeks and then will be placed at a public office as a civil servant. The location will be announced after his training.

Due to his enlistment, he won’t be able to join the group’s first tour in South America.

The tour, “Super Show 5,” is scheduled to start April 21 in Brazil, then moves to Argentina, Chile and Peru.

Although many fans worldwide will show up to wish him well, there will be no farewell event for Yesung because he doesn’t want to attract media attention on the day of his enlistment.

Until he starts his military service, he won’t make any public appearances and will spend time with family and friends.

He announced his enlistment last month during the group’s concert in Olympic Park, southwestern Seoul.