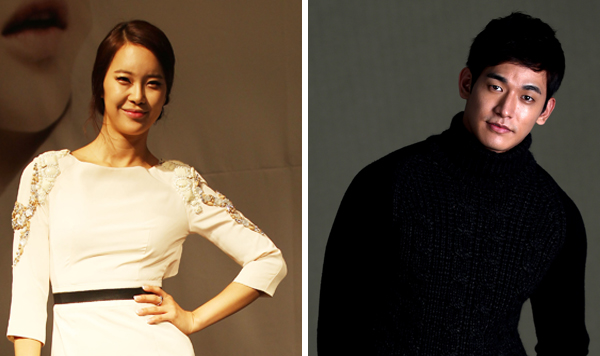 Baek Ji-young expressed her affection toward her actor boyfriend, Jung Suk-won, through a video message, dismissing a rumor that the celebrity couple is on the verge of splitting.

“I worry about you as your girlfriend that you are too much in the forefront with little consideration of yourself,” Baek said in a video message addressed to Jung, which was aired on the SBS variety show, “Rule of the Jungle.” In the show, several celebrities involve themselves in risky situations in far-flung areas around the world. Jung is appearing on the current episode being filmed in New Zealand.

“I will prepare soybean paste soup for you when you return,” Baek continued in the video. “Come back having made good memories. I love you.”

Jung was more forthright in denying the rumor. After the video was shown, Jung said to his celebrity colleagues ?that it was groundless. “I have dated Baek Ji-young with nothing to hide, with confidence and responsibility,” Jung said. “But I guess such a misunderstanding was spawned as more people got interested in us.”