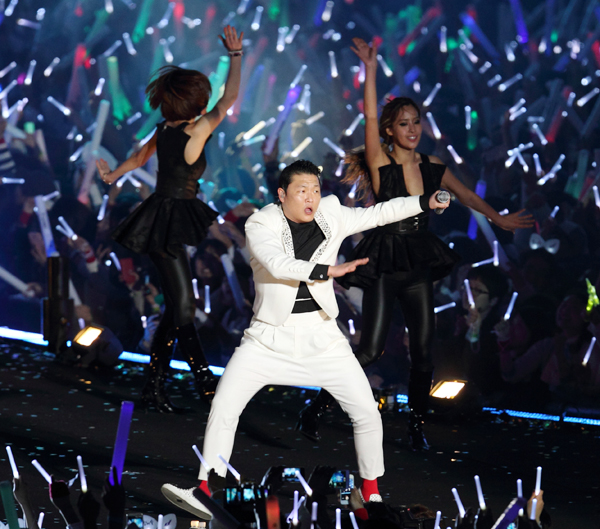 Following the music-video release of Psy’s new song “Gentleman” on April 13, many parodies have been made on YouTube, leading to anticipation of repeating the success of “Gangnam Style” by the Korean rapper.

The video, which after 31 hours of going online recorded more than 30 million views, has already spawned many short clips mimicking the dance featured on the electro-pop single.
Some fan tributes include animated characters dancing the “hip swinging,” or the "Abracadabra dance" popularized a few years ago by Brown Eyed Girls. Viral-hit mobile game Angry Bird and children’s television characters Teletubbies are seen swinging their hips from one side to the other in those videos, which are also garnering attention.

While these response videos are being made, the number of views of Psy’s music video continued to soar. The video past the 50-million mark within three days since its debut, and yesterday the song was ranked second on the iTunes world’s single chart.
As of yesterday, the song was placed No. 1 on some 20 iTunes charts abroad including Belgium, Finland, Malaysia, Singapore, Sweden and Venezuela.