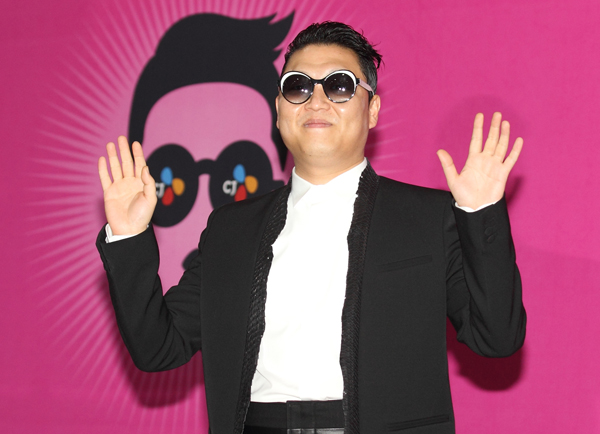 On the fourth day since the release of “Gentleman,” the song reached No. 1 on the iTunes world singles chart yesterday.

The song pushed Pink’s “Just Give Me a Reason” to second place.

The number of YouTube views is also rising, marking more than 80 million views as of 1 p.m. yesterday.

“Psy is proving he’s more than a one-hit wonder,” said Billboard on Monday, raising expectations about whether the new song will top “Gangnam Style,” the first video clip ever to reach 1 billion views on YouTube. So far, it has totaled more than 1.5 billion.

Among the 24 million views “Gentleman” garnered on the first day of release, the United States took the most with 3.8 million views. Korea, Brazil, Mexico and Canada followed suit, according to local media reports.

Meanwhile, Ga-in of girl group Brown Eyed Girls, who appeared in Psy’s music video, has also been mentioned in many online comments. K-pop fans are asking more details about the “Abracadabra” dance that was featured in the video.