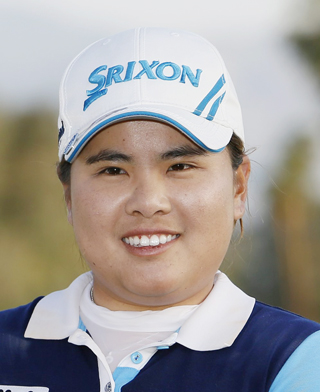 Park moved ahead of Lewis eight days after winning the Kraft Nabisco Championship for her second major title and second victory of the year. The 24-year-old Korean player also won the LPGA Thailand in February.

“This is a very big day in my golf career,” Park said Monday at the LPGA Lotte Championship in Hawaii.

“I’m so happy to share it with my family, who are here in Hawaii with me. It’s nice to reach this goal, but I know a lot of players are close to No. 1. It gives me something else to play for every week.”

Lewis dropped to second, an average of 0.04 point per event behind Park in the two-year standings.

Taiwan’s Yani Tseng remained No. 3. She was No. 1 for 109 weeks before Lewis grabbed the top spot with consecutive victories in Singapore and Phoenix.

Park is the eighth player and the second Korean - following Shin Ji-yai - to hold the No. 1 spot. Annika Sorenstam, Lorena Ochoa, Ai Miyazato and Cristie Kerr also have topped the rankings.

Park won the 2008 U.S. Women’s Open and has five career LPGA Tour victories. She also has won four times on the Japan LPGA.