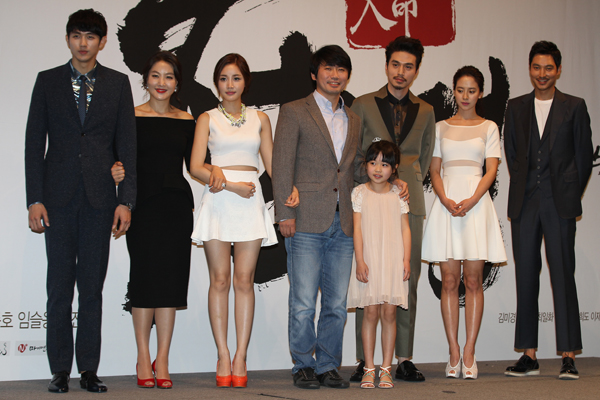 KBS held a press conference for its new drama “The Fugitive of Joseon” at a hotel in southern Seoul yesterday. The drama will have its first episode air on April 24 at 10 p.m. after the ongoing drama Iris 2 completes its run. 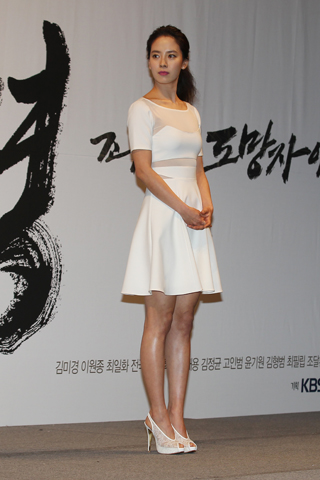 Song Ji-hyo poses at a press conference for upcoming drama “The Fugitive of Joseon.” She will play a nurse at a palace medical clinic who likes a character who is a doctor-turned-fugitive, to be played by Lee Dong-wook.[JoongAng Ilbo] 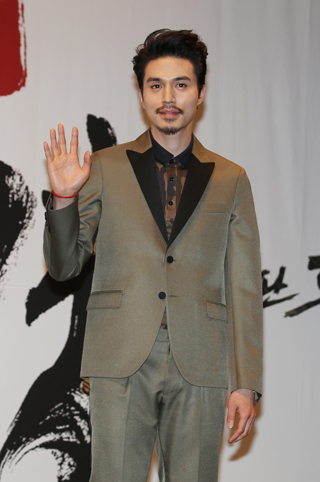 Lee Dong-wook waves at fans at a press conference for upcoming drama “The Fugitive of Joseon.” He will play a doctor-turned-fugitive at a palace who has been accused of homicide. [JoongAng Ilbo]