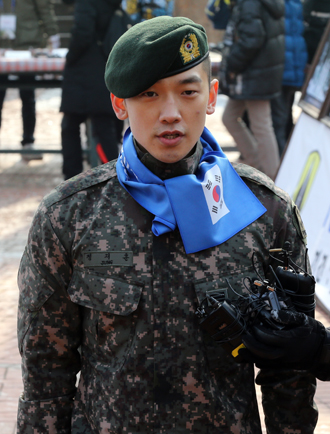 Singer Rain will meet U.S. President Barack Obama and First Lady Michelle Obama at the White House next month, according to an exclusive local media report.

Rain and other Korean celebrities who are serving their military duty as entertainment soldiers will attend a fashion show for the hanbok, a traditional Korean garment. It is said to be one of the events scheduled during Korean President Park Geun-hye’s first official visit to the U.S.

President Park, Secretary General Ban Ki-moon of the United Nations and other high-level officials are going to attend along with President Obama.

The report says that the hanbok fashion show is one of many events the government is considering to promote the beauty of Korean culture.

One of the officials was quoted as saying that they are planning to have Barack and Michelle Obama try on hanbok at the event.