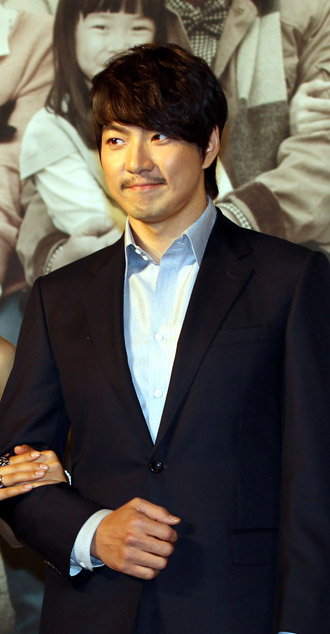 Song Il-guk may return to the big screen after an eight-year hiatus in “Come Back to Busan Port.”

He is considering the leading role in his first film since “Red Eye” and “The Art of Seduction” in 2005, according to local media reports.

In the film, he would play twin brothers who were separated in Busan when they were young. They later meet again after falling in love with the same woman but have led very different lives. One is a policeman and the other is a gang member.

An official at the actor’s agency was quoted as saying that Song will make a decision on the role as early as this weekend.

Simon Yam, a Hong Kong actor who was introduced to local theatergoers in “Thieves,” is said to be considering a role in the upcoming movie as well.

The production team has yet to cast the main actress and child actor. It plans to start filming in the first half of this year.

Song originally rose to fame outside of Korea by starring in “Jumong,” a popular 2007 drama.