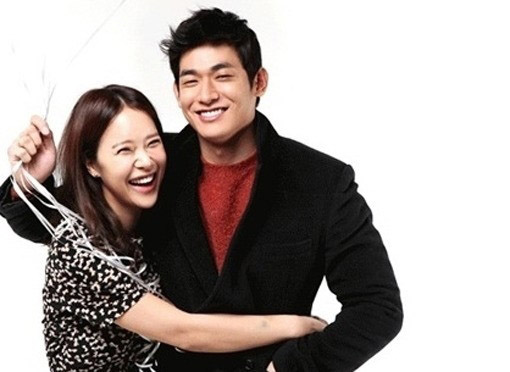 The stars’ agencies said in a press release that parents of the couple had met to confirm wedding plans recently and agreed to have the ceremony in June.

The exact date and venue has not yet been confirmed.

“We wanted to announce the wedding after more details were set, but we decided to share the news as some breakup rumors have been spreading recently,” the agencies said. “The two have been very careful about the wedding, but they are also honest about their plans. We hope everyone can congratulate them.”

Baek and Jung are said to have been seriously considering marriage since early this year.

Because Baek will debut in Japan soon and Jung will start filming “N.L.L-Battle,” they settled on a June ceremony.

Baek and Jung have been dating since early 2011 after they met through mutual acquaintances. Baek, 37, is nine years older than Jung.