‘Gentleman’ moves to Billboard No. 5

‘Gentleman’ moves to Billboard No. 5 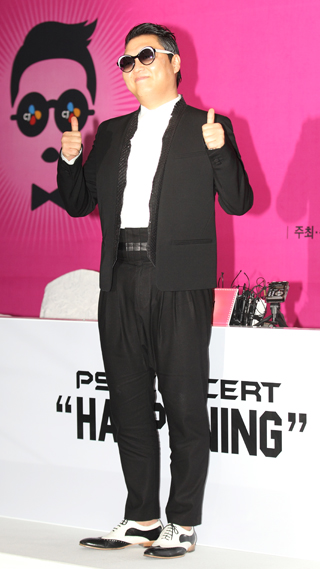 Psy celebrated the continued good run of his newest song by announcing the news on Twitter.

“‘Gentleman’ at No. 5 on Billboard Hot 100 and watch this pic everybody!” he posted a photo of himself riding a motorcycle in what looks to be the cover of an imaginary magazine named “Gentleman.”

Many expect the tune to reach No. 1 sooner or later as Psy left the country yesterday to promote his new song abroad.

He first goes to New York and then will go to Europe.

The Korean rapper’s first official television appearance will be on NBC’s “Today” show on May 1 at the Rockefeller Center in New York, Psy said at the airport yesterday. He also said that particular program is meaningful to him as it was the first U.S. show on which he performed “Gangnam Style” last year.

His best record on the Billboard chart was the seven-week-long stay in second place earned by “Gangnam Style.”