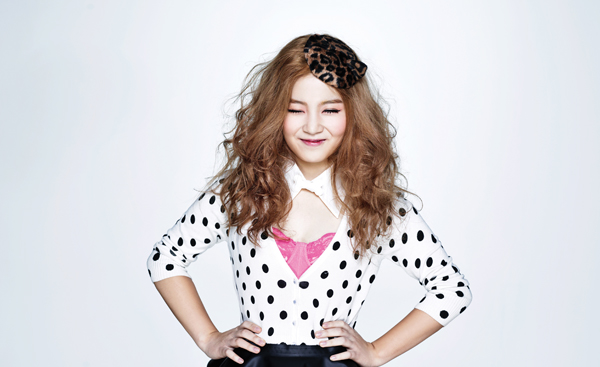 Lee Hi will have her first live concert, “Re-Hi,” next Sunday at Sogang University, northwestern Seoul.

She has invited 250 people who participated in an event at a one-day pop-up store in late March. The event was organized to celebrate the release of her first album. She has also offered an extra ticket to them so they can bring a friend or a family member.

She has named her first live concert “Re-Hi,” recalling the times when she first sang for the public on the SBS survival audition program, “K-pop Star.” She was one of the two finalists on the show in 2011. During the concert, she will perform jazz or acoustic versions of her hit songs, including “1, 2, 3, 4,” “It’s Over,” “Rose,” and many more, including ones she has never performed on TV.

“We not only are inviting fans to the concert, but also preparing to record the concert and provide the streaming for free for the fans who had not got a chance to take part in this event or wanted to listen to other songs listed in her album,” said YG Entertainment.

She finished promoting the first album last month and has been preparing for her next album.