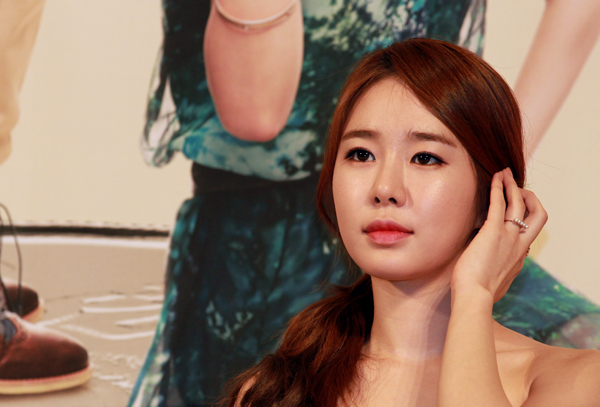 Actress Yoo In-na said that she trained for 11 years to become an actress before her 2009 debut.

During the KBS talk show “Happy Together 3” on Thursday, she said she started her training at age 17 at YG Entertainment.

“When you are a trainee, you have to be auditioned within the agency,” recalled Yoo. “Trainees fall into chaos as some friends lose their position as a trainee [at the agency] after those auditions.”

She said she was the last one standing after countless auditions.

“It was so hard to say goodbye to other trainee friends who I had a life with together and I get frustrated,” she said. “But opportunities come at miraculous times and that’s how I could continue the life as a trainee.”

Meanwhile, comedian Choi Hyo-jong apologized to Yoo for having said that he is not a fan of hers.

He said he is indeed a fan, adding that his previous comment had earned him too many anti-fans.