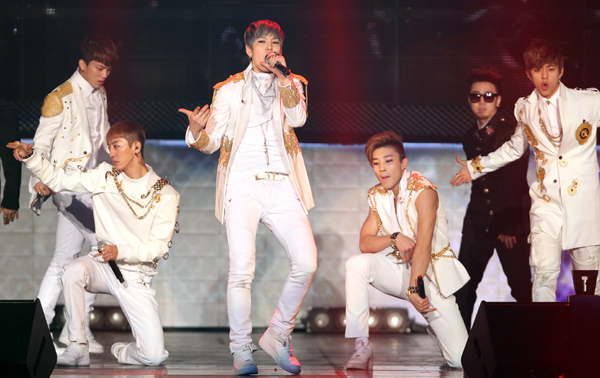 Boy band B.A.P left the country for its tour in the United States dubbed, “B.A.P Live on Earth Pacific,” according to its agency, TS Entertainment.

The band will be in Los Angeles today, then move to San Francisco for another concert on Friday. It’s also scheduled to perform in Washington, on May 14 and then in New York on the 17th.

The group’s tour was arranged after Verizon, a mobile network carrier in the United States, invited the group to perform there.

Ten-thousand tickets for four concerts sold out immediately after the release, pushing fans to petition for a larger concert venue. Such quick ticket sales surprised local industry experts as the group decided to have a global tour only 14 months after its debut.

During its stay in the States, the group will have interviews with music channel MTV, weekly magazine Time and music chart operator Billboard. Such interviews will garner more attention as the group has previously been ranked at No. 1 on Billboard’s world album chart.