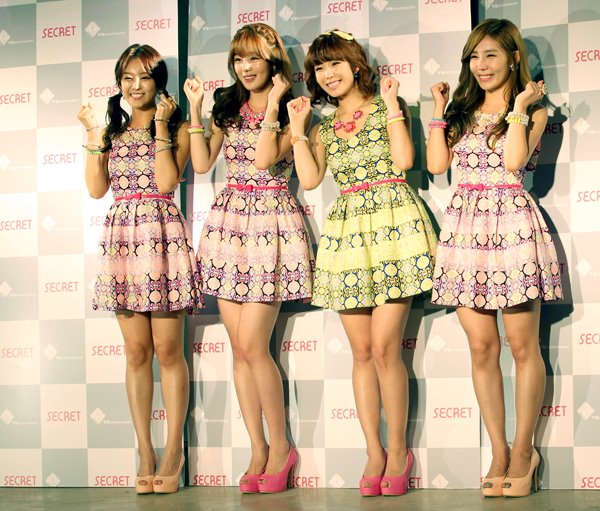 The group is also booked to perform on other major music shows this weekend including KBS’ “Music Bank” today, MBC’s “Show! Music Core” tomorrow and SBS’ “Popular Song” on Sunday.

Besides television appearances, the group also took on radio programs to share more stories about their personal lives.

They discussed memories of their first loves on an MBC radio show hosted by Shindong, a member of Super Junior, on Wednesday.

Jung Hana, who recently changed her stage name Zinger to her legal name, said that her first boyfriend is now dating her friend and that the experience serves as musical inspiration.