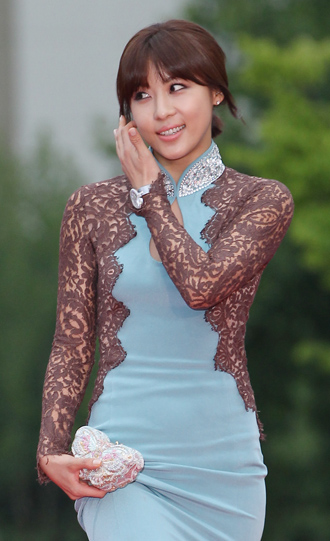 She will play Qi Empress, a lady from the Goryeo Dynasty (918-1392) who becomes the empress of the Yuan Dynasty of China.

The empress is known to have kept her self-esteem as a Goryeo descendant abroad while showing love and political ambition at the same time.

“Through [recreating] the little-known love story of Qi Empress, we can present a different kind of charisma from Ha Ji-won,” said a member of the production staff, according to local media reports.

Earlier this month, she went on SBS talk show “Thank You” and shared the struggles she encountered while shooting “Secret Garden.” She said she often felt lost and couldn’t focus on reading the script.

Before her upcoming TV appearance was announced, she released photos last month that were taken during filming for a Northcape advertisement in Thailand.