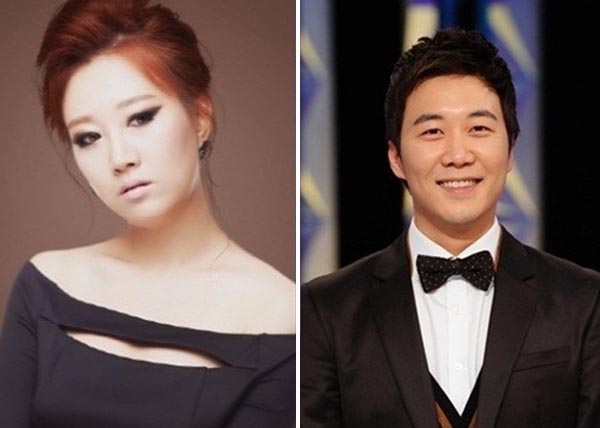 Singer Jang Yoon-jung and KBS announcer Do Kyung-wan are already legally married, although they have yet to hold a wedding ceremony, according to local media reports.

The groom went to the Yeongdeungpo District Office alone and he then filed the necessary paperwork on May 8.

“To support Jang while she has been having a hard time due to private family matters, Do persuaded Jang and their family members that they should be legally married sooner,” the agency said yesterday.

And Do thought it would be meaningful to register their marital relationship on Parents’ Day.

Meanwhile, Jang was the subject of rumors early this month as she reportedly lost her savings after her mother’s excessive investment into her brother’s business.

Her parents’ ongoing divorce has also been the subject of discussion in entertainment circles.