Fans are pumped for BoA concerts

Fans are pumped for BoA concerts 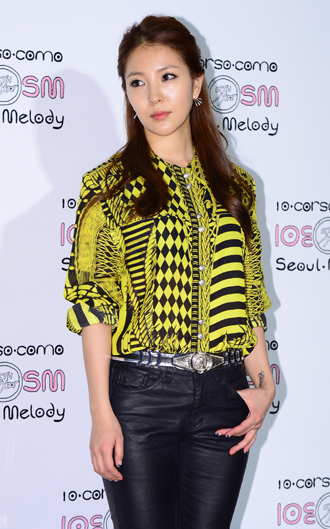 Following her first concert in Taiwan on Saturday, BoA will continue her performances at local venues this weekend and next.

Her concerts in Daegu on Saturday and Busan on June 1 have garnered more attention after the star mesmerized 3,000 fans in Taipei with powerful dance moves.

In “BoA Special Live 2013 - Here I am in Taipei,” she presented 23 songs she released in Korea, Japan and the United States that encompass all music genres from acoustics to rock.

Audiences also came prepared to cheer her on as they brought a number of placards that reiterated lyrics from hit songs including “No. 1.”

“I have visited Taiwan multiple times, but it feels very new to be on stage for a solo concert,” said BoA. “I’m very moved by the fans in Taiwan and very thankful for the warm response.”

As her concert in Seoul in January was successful, many local media in Taiwan came to talk to her upon her arrival at the airport there on Friday, a day before the concert.