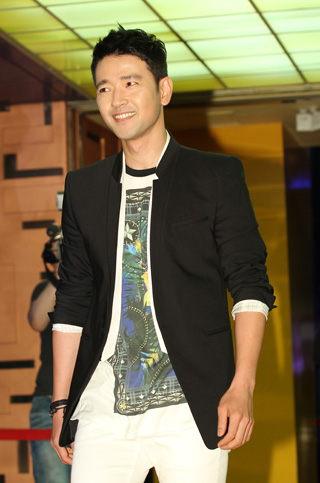 The bride-to-be is eight years younger than Bae, and the couple met in February through mutual friends and started dating in March.

“The two recently made a promise to be lifelong partners,” said Bae’s agency BH Entertainment. “Their parents recently met and decided that the wedding should happen in the fall.”

However, other details on the wedding have not yet been set.

Bae, who made his debut on “The Proof of Memories” on Chinese channel CCTV in 2002, started to garner wider public recognition since his work in SBS drama “49 Days” in 2011. He also starred in film “26 Years” last year and in the upcoming film “Mai Ratima,” the first feature-length film directed by actor Yoo Ji-tae.

The movie, scheduled to be released in Korea on June 6, won the Panel Award at the 15th Deauville Asia Film Festival in March. It was also invited to the 37th Montreal World Film Festival, which will open in August.