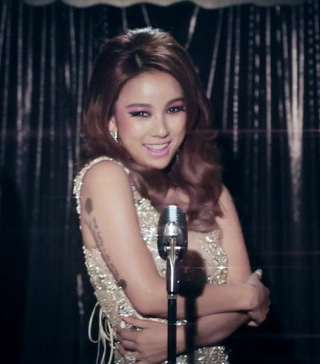 Lee Hyo-ri released all the songs included on her fifth album yesterday following her release of “Miss Korea” earlier this month.

The title track “Bad Girls,” which was released with a teaser video, topped all six local music charts immediately after the release at noon.

The song refrained from using electronic sound but did use a repeating chorus and melody with a fast beat to add a bouncy touch.

In the video which copied the format of a documentary film, a narrator’s voice raises a question about why Lee has to become a bad girl, saying that she is not inherently bad. Supermodel Jang Yoon-jung also made an appearance as a policewoman while Lee is presented as a criminal brought in for a mug shot.

In her album “Monochrome,” she released a total of 16 songs which is a lot more than how many local artists typically put in one album.

She has previously said that she puts many tracks in her albums and wants fans to listen to all the songs.