Lee’s new role not quite so ‘Heartless’

Lee’s new role not quite so ‘Heartless’ 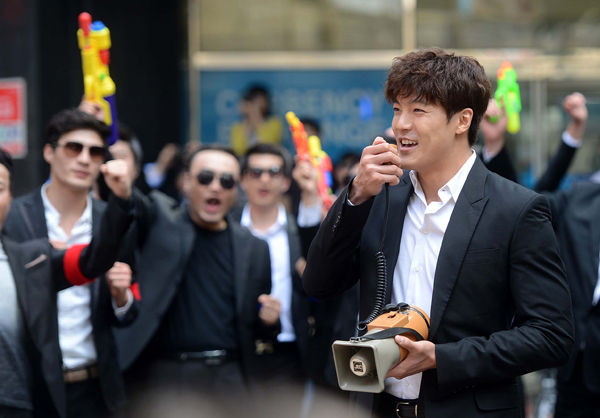 Actor Lee Jae-yoon talks to passers-by while promoting the JTBC drama, “Heartless City,” on May 13 in Myeongdong, central Seoul. [NEWSIS]

From a gangster to a detective that goes after gangsters. In JTBC’s new drama “Heartless City,” Lee Jae-yoon went through quite a transformation.

Jae played the gangster brother of main character Dahae (played by Soo Ae) in the SBS drama, “King of Ambition,” that concluded last month. The 29-year-old is now playing a detective in the police narcotics division in the new JTBC drama that started yesterday. Oddly, one can see Lee as either of the men.

“I’m glad that finally I’m playing a role which is likable for viewers,” Lee said. “As ‘Heartless City’ is Korea’s first TV drama that falls in the genre of ‘film noir,’ I hope to show a befitting performance.”

In “Heartless City,” Lee plays the role of Ji Hyeong-min. He graduated from the police academy with top scores and gets promoted at a young age. He dreams of revenge against a drug ring that caused the death of the woman he loved.

The new drama alleges to be Korea’s first TV drama that is in the film noir genre, a cinematic genre that deals with crimes. It revolves around a struggle between undercover agents and members of an infamous drug ring, and the love interests of the three main characters that emerge in the process.

“Heartless City” is expected to be in a heated competition with the new KBS drama, “Shark,” that features Son Ye-jin and Kim Nam-gil and also started yesterday. The two dramas start airing between 9:50 and 10:00 p.m., a golden hour for dramas, Mondays and Tuesdays. Ilgan Sports sat down with Lee for a short interview. 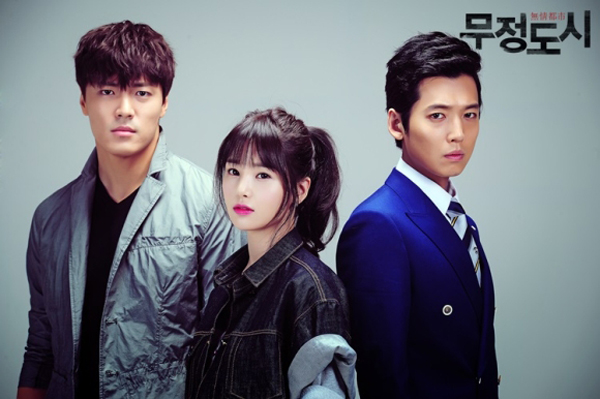 Q.Why did you choose Heartless City?

A.More than anything else, I really liked the script. I was sure that I could show a different side of me. I was also attracted to the fact that this is Korea’s first TV drama that is categorized as film noir. I am honored to work with renowned directors and actors. I will not spare any bones to give a good performance.

You play an “elite” detective. How does the character compare to you?

Ji Hyeong-min is a perfectionist, which is something that I’m not. I have many flaws. But to be more like my role, I am at least pretending to be a perfectionist. Also, in real life, I’m really close to Jeong Gyeong-ho (who plays Jeong Si-heon, one of the bosses in the drug ring). But in the drama, we are enemies. That’s also different.

You played an obnoxious character in “King of Ambition.”

Yes. It was regrettable how disliked my character ? and I ? was in that piece. I don’t mind playing a villain, but there is a desire in me that wants to portray a cool guy. In that sense, I am really happy to portray a strong, good-hearted man in the new drama. It’s a new experience and I’m learning a lot.

What is the highlight of “Heartless City?”

I think it’s the tension between me and Jeong. Plus, Nam Gyu-ri, who plays an undercover agent, is also an attraction as she hasn’t really played that kind of role before. The veteran actors like Son Chang-min and Choi Moo-seong are also pillars of our drama. Just looking at them act is a huge honor and pleasure for me.

There are many action scenes. How are you coping with that?

There haven’t been any injuries. In fact, I love action pieces and I always wanted to play in action scenes. There are very intense fighting scenes that involve cars, bare hands, and weapons, which make the drama very suspenseful and dynamic. It is something that hasn’t been tried in a terrestrial TV drama. I believe while the noir factor will appeal to men, the love interests will appeal to women.