IU’s agency fights back against rumor

IU’s agency fights back against rumor 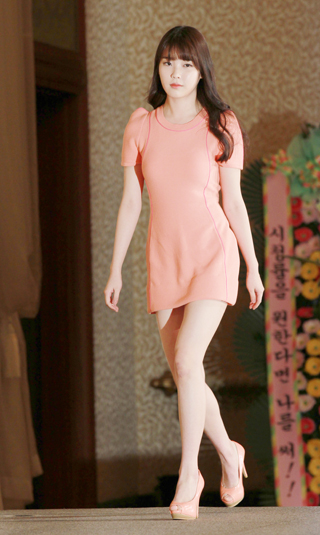 Singer IU’s agency has said that it will ask police for an investigation into who first spread stories about IU’s rumored marriage with a member of a local boy band.

On Monday, IU was said to be preparing for an October wedding with a member of boy band - assumed to be Eunhyuk of Super Junior by netizens. The rumors also said IU was advised not to marry by officials at her agency.

“We are very sorry that such unsubstantiated rumors have been so easily distributed and recognized as truth,” the agency said in a statement.

“We will hold the first distributor and anyone who was active in distributing the rumors responsible through a legal action.”

IU and Eunhyuk were previously at the center of attention when a photo of the two stars was accidentally posted on IU’s Twitter account.

At the time, the agency explained that Eunhyuk visited IU’s home when she was sick.

They supposedly took the photo on a sofa while IU was resting and thus wearing pajamas.