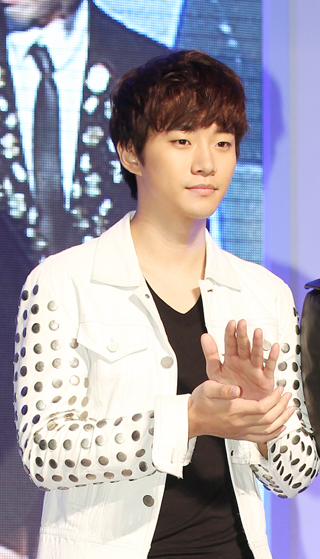 Junho of boy band 2PM will make a solo debut in Japan in July, according to the group’s agency JYP Entertainment.

The K-pop idol has been traveling to Japan frequently to record his songs and practice choreography. It has been said that all the work for the new album is nearly complete.

He is the first of the six-member group to have a solo EP. He wrote lyrics and composed all the songs on an album titled “Kimi No Koe,” which means “Your Voice.” He also directed the overall concept of the EP and pitched ideas about the music video and album jacket.

“I’m pleased to deliver music and performances by Junho, not Junho of 2PM,” Junho explained.

Soon after the release, he will start a national tour with 12 concerts in five cities including Nagoya, Fukuoka and Tokyo.

The first concert will start July 9 in Sapporo. Meanwhile, he will continue promoting the group’s most recent album “Grown” and its two title songs “All Day I Think of You” and “Listen to This Song and Come Back.”