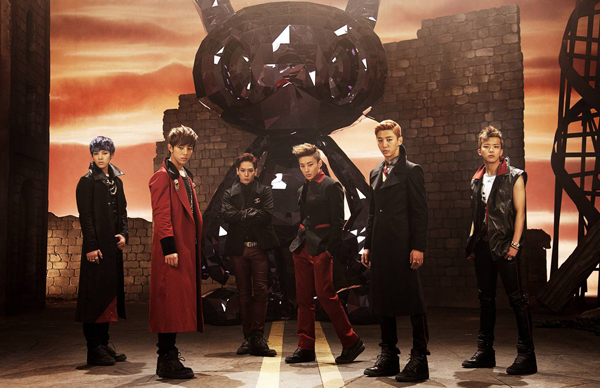 Boy band B.A.P has proven its international popularity as it has been in the top position on the German Asian Music Chart for three months, according to TS Entertainment.

The group’s title song “One Shot” from its second EP has been on top since it was released in March, beating songs by other popular Korean idols including G-Dragon of Big Bang, SHINee and 4Minute.

The group that made its debut in January 2012 has stayed on top with “No Mercy” for two months. It also set a record as the only K-pop group to remain in the top 10 for 16 consecutive weeks.

The agency said that there have been requests from fans in the United Kingdom, Russia, Spain and Germany to see the group in person.

The boys recently completed events in the United States as part of the “Live on Earth Pacific” worldwide tour.

They were interviewed by MTV in Times Square in New York in front of about 3,000 fans there.