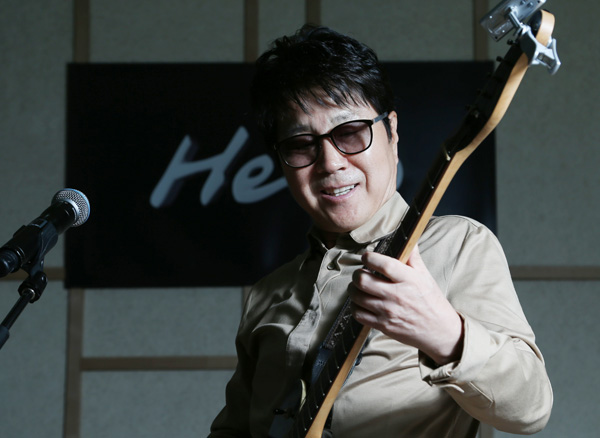 The tour was much anticipated as fans have voluntarily taken time to throw an event to commemorate the arrival of his tour on the day before the first concert Thursday.

Prior to his concert, he made fans even more excited by releasing the LLP disc of his 19th album “Hello” on Thursday. Fans lined up to get the limited edition with the singer’s autograph at Kyobo Bookstore near Gwanghwamun, central Seoul.

This is not the first time Cho had lines of people waiting for his most recent album. When it was first released in CD format last month, fans did the same to get autographed copies. The first 20,000 copies stocked for the release were completely sold out even before the day ended. As of this week, Cho has sold more than 200,000 copies in total, according to his album promoter.

Cho will also make an appearance at Super Sonic 2013, the two-day concert event in August at Olympic Park, southern Seoul.