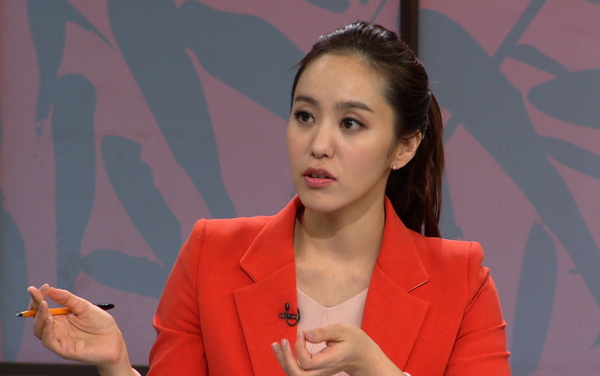 Kim was hospitalized after injuring his leg during filming for SBS entertainment show “Barefoot Friends” on Monday.

Park said she was excited about going on air on KBS as she made a debut in broadcast journalism as an announcer for KBS.

Park has anchored many cable TV shows and is currently taking part in cable channel JTBC’s talk show “Sseol Jeon” along with other hosts, including entertainer Kim Gu-ra.

Meanwhile, she discussed her attempts to launch businesses on SBS talk show “Hwashin - Controller of the Heart” on Tuesday.

She worked as a model for an online retailer operated by her sister and also opened a coffee shop.

As those businesses failed to gain popularity and attract customers, she decided to close them down.

However, she expressed her desire to open other businesses that concern pregnant moms or child care as she is the mother of a 4-year-old girl.