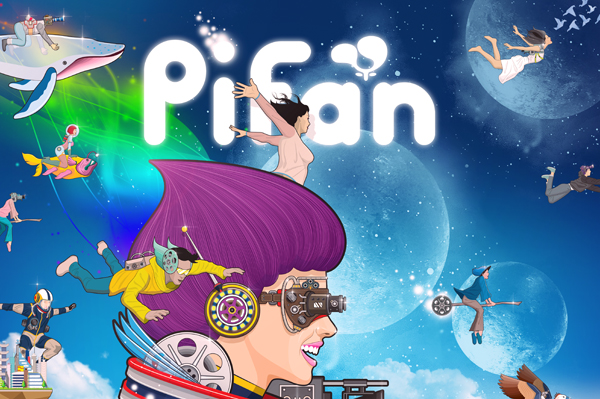 This year’s PiFan poster focuses on a giant cyborg that lends its dynamism to the celebration. Provided by the festival

A press conference for the 17th Puchon International Fantastic Film Festival took place on Tuesday where the organizing committee announced various films to be screened once the festival starts on July 18. The opening film will be “The Congress” by Ari Folman, based on a novel by a Polish writer that fuses sci-fi and philosophy.

The screening will be much like a homecoming for the Israeli film director; in 2008, Folman’s film “Waltz with Bashir” was also the opening film at the fest.

The closing film, which was produced by the Network of Asian Fantastic Films - a project funding division within the festival - is Kim Beyong-U’s “The Terror Live” starring Korean A-lister Ha Jung-woo.

In the space of a week, more than 230 films (135 features and 95 shorts) from 44 countries will be screened. This year’s themes are “love, fantasy and adventure.” The organizers said they aim to make the festival as user-friendly as possible with the extension of subway line 7 to help people get in and around Bucheon.

Awards will be given out to the best films, with the top winner receiving 15 million won ($13,275) in the “Puchon Choice” segment.

The 11-day film event will recruit the help of 480 staff and the backing of the Ministry of Culture, Sports and Tourism, the Gyeonggi provincial government, the city of Bucheon, the Korea Film Council, the Korea Manhwa Contents Agency, and others.

“A lot of films screened go on to do well at festivals abroad,” said head programmer Park Jin-hyung.