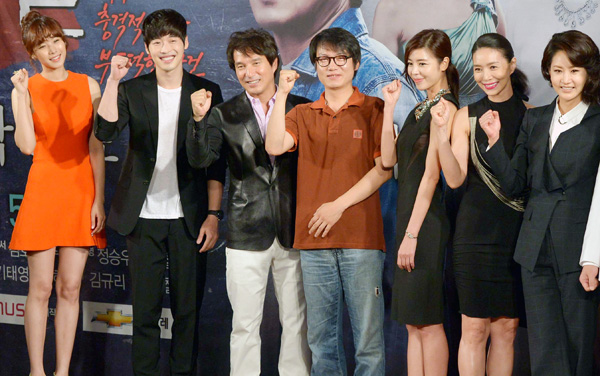 From left: Cho Yoon-hee of KBS drama “My Husband Got a Family,” Kim Jae-won of MBC drama “May Queen,” actor Cho Jae-hyun of film “Weight,” producer Kim Jin-man, actress Kim Gyu-ri of MBC drama “Lights and Shadows,” actress Kim Hye-ri of MBC drama “Auction House” and actress Shin Eun-kyung of MBC drama “Flames of Desire” will appear in the drama, which will start its 36-episode run on Saturday. The story begins as policeman Ha Eun-jung (Kim Jae-won) is embroiled in a scandal. [NEWSIS]