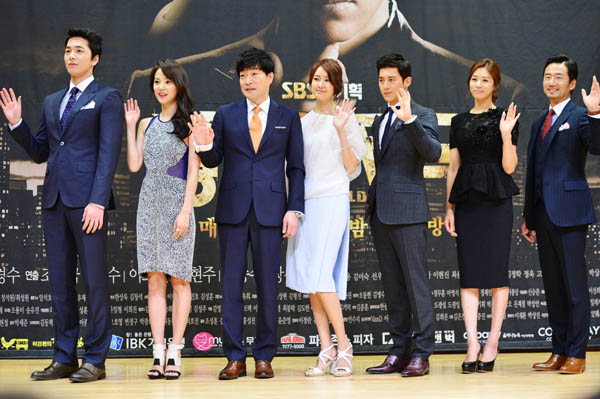 Cast members of upcoming SBS drama “Empire of Gold” wave for the camera.[NEWSIS] 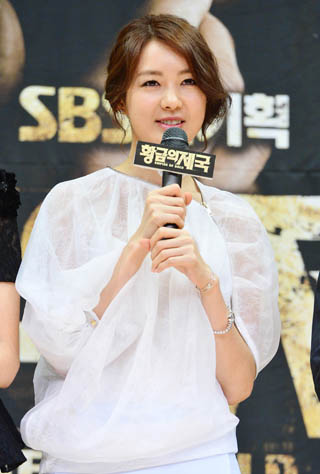 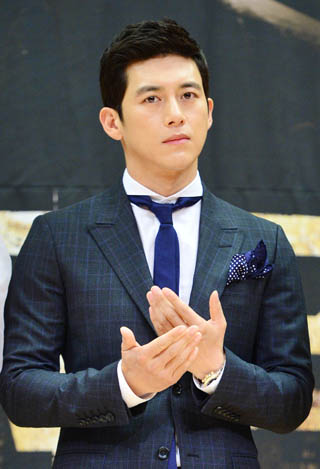 Actor Ko Soo, who will play the leading character Jang Tae-ju, poses for the camera on Tuesday.[NEWSIS]

Cast members of upcoming SBS drama “Empire of Gold” gather for a press conference on Tuesday to promote the new show. The show, starting Monday, depicts trouble rising within a family.