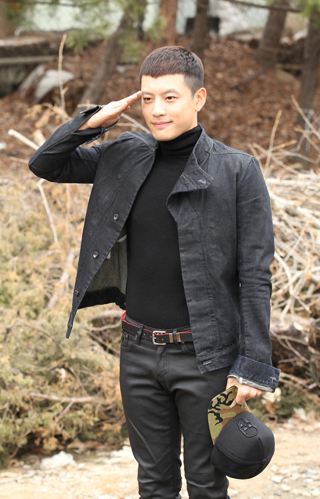 Singer Seven, 29, was spotted Monday during an on-site investigation by military officials at the adult massage parlor he is accused of visiting during his military duty in Chuncheon, Gangwon.

A reporter said, “Seven appeared at the massage shop accompanied by military officers. He looked gaunt and pale. The procedures went on for about one hour.”

The reporter added that Seven didn’t answer questions about his condition and dropped his head, avoiding any comment about his alleged wrongdoing.

It was the first time he made an appearance in the media after being under fire for shirking his military duty.

The previous day, several entertainment soldiers, including Seven and Sangchu, performed for an event marking the 63rd anniversary of the start of the 1950-53 Korean War. But that night, they went drinking and allegedly visited the massage parlor in the city’s bar district.