Lee Hyo-ri to marry in the fall

Lee Hyo-ri to marry in the fall 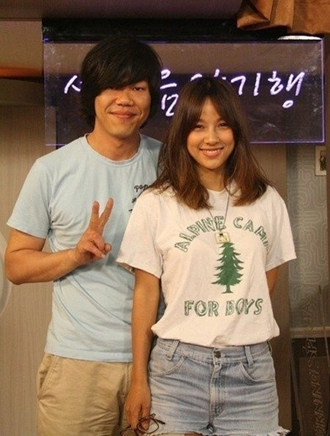 Following the big announcement of the day - actors Won Bin and Lee Na-young dating - another bomb was dropped by singer Lee Hyo-ri. It seems love was all around yesterday as Ilgan Sports reported that Lee Hyo-ri, 34, will wed her longtime boyfriend, singer Lee Sang-soon, 38, in September.

“The two have already sat down with their parents and those who are close to the couple have known,” a source told Ilgan Sports. Apparently, Lee Hyo-ri is so besotted that she’s telling everyone that she’s never “felt this way.”

The pair has been dating since 2011 and it was a shocking announcement at the time as Lee Hyo-ri is deemed far more attractive and successful than her beau of the band Roller Coaster. The two got close through their involvement in animal rights activism.

“She asked me out,” Lee Sang-soon told viewers, and said it was kept a secret for some time because he didn’t want to damage his girlfriend’s reputation.

Lee Hyo-ri made her debut with the girl group Fin.K.L back in the late ’90s, and through constant reinvention, has become one of the nation’s favorite entertainers.