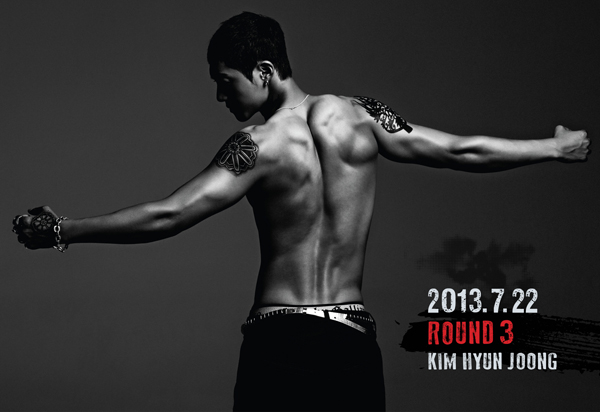 Singer and actor Kim Hyun-joong is set to make a long-awaited return in Korea with the release of his third EP, “Round 3,” on July 22.

Leading up to his new album, he unveiled a striking teaser poster yesterday, featuring Kim topless and in excellent shape, with tattoos of Korean traditional designs on his muscular shoulders.

It is his first release in Korea since “Lucky” in October 2011.

Kim, who became famous as a member of the leading K-pop group SS501, and who starred in “Boys Over Flowers,” is said to be working on the final stages of his music video and album art.

Prior to “Round 3,” Kim released his third Japanese single, “Tonight,” on June 5.