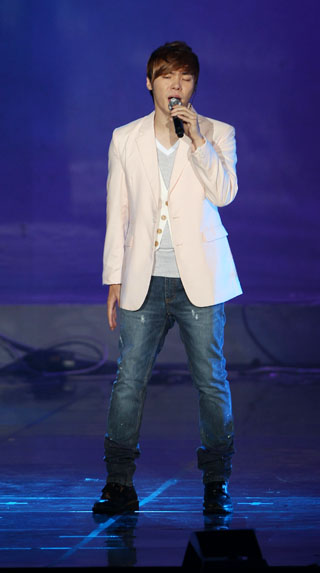 Singer Wheesung cleared his name yesterday after being accused of habitual anesthetic injection.

“The military prosecutor’s office that has been investigating the case had concluded that it is not pressing any charges against Wheesung on Wednesday,” the singer’s lawyer said.

“It has been acknowledged that he got such an anesthetic injection according to doctors’ prescription as he gets treatment for his back pain and hair loss.”

The singer, who is serving his military duty as an assistant drill instructor in Nonsan, South Chungcheong, went through two rounds of investigation in April and May for possible propofol abuse.

Since the beginning of the case, the singer strongly denied that he had abused the substances and only used them for medical purposes.

Wheesung, who began his military service in November 2011, had been receiving rehabilitation treatment as he suffered from habitual dislocation of his shoulder. Because he insisted on serving his military duties at a military base, he started his service, but he collapsed during training in February, which required him to receive further treatment.

He will be discharged from the army on Aug. 6.