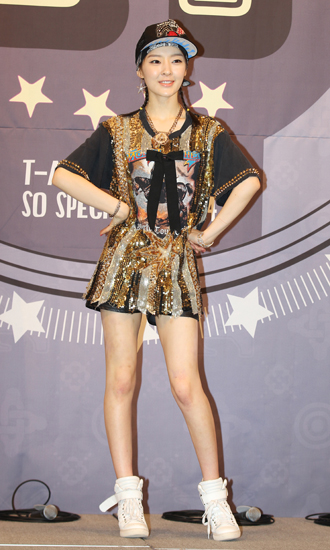 Areum of girl group T-ara tried to stop spreading rumors regarding her drop-out, which was first announced on Wednesday.

Many netizens have questioned whether Areum is stepping down due to troubles with other members, but Areum denied such doubts.

“You didn’t see it in person, and you didn’t hear it from me, and can you do this or not?” she said on her Instagram page.

“I’ll buy you a meal, so can you please contact me directly if you know who said such things?”

And then she added that she won’t try to explain the whole situation.

“I don’t want things to end on bad terms,” she said.

“Don’t try to interrupt other people’s lives when you don’t know, promise?”

She said she won’t mention this again as people would just think whatever they want to think anyway. Finally, she left a warning note that no one should try to interrupt anyone at her agency, Core Contents Media.

Earlier, the agency said that Areum decided to leave the group and go solo to pursue her own music career.

Meanwhile, other remaining members of T-ara left Incheon International Airport on Thursday to perform in Japan yesterday and today.