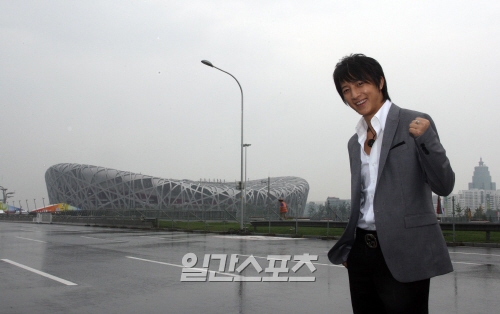 Chinese singer Han Geng, a former member of Super Junior, has been cast for the upcoming Hollywood movie “Transformers 4.”

“He’s one of Asia’s top stars in the worlds of music, television and movies and has become one of the most influential entertainers in China,” said Michael Bay, director of the franchise movie on his Web site.

Bay has previously mentioned that some of the filming will be done in China and he plans to cast more Chinese actors and actresses. Li Bingbing, a Chinese actress from the film “Snow Flower and the Secret Fan,” also will appear in the film.

“Transformers 4” is slated to be released in June next year.

Han showed his gratitude to become a part of the movie series on a social network service yesterday.

“I’m very excited to join the family of the Transformers movie,” he said on his Twitter page. By Lee Sun-min