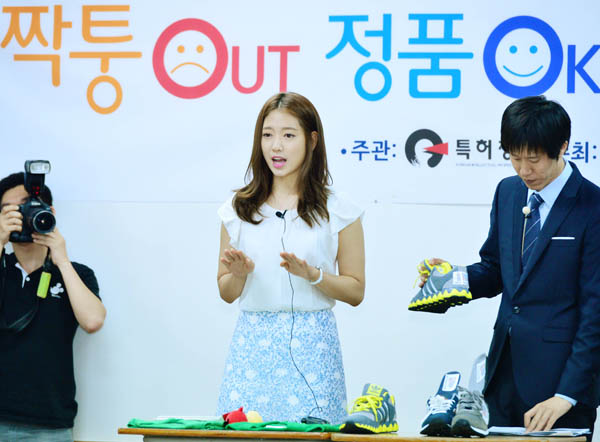 Actress Park Shin-hye talks to around 170 students on Monday. [NEWSIS] 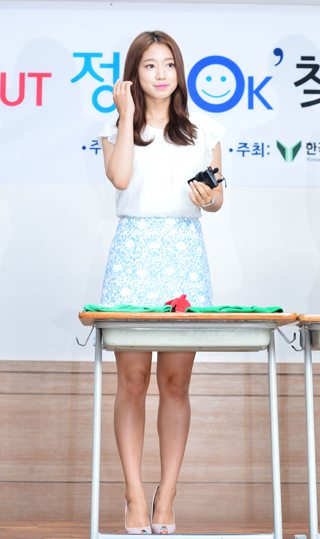 Actress Park Shin-hye stands at a podium to talk to pupils at Kwangshin Middle School. [NEWSIS] 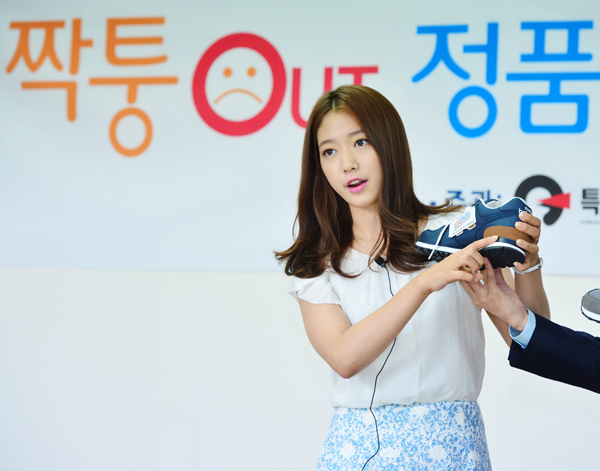 Actress Park Shin-hye points to a shoe to explain students how to tell a fake product from a real one.[NEWSIS]

Actress Park Shin-hye of popular movie “Miracle in Cell No. 7” visited Kwangshin Middle School as a temporary teacher on Monday.

She met with around 170 first graders and talked about the side effects of using fake products on society and how much financial damage such an action can cause.

“I wanted teenagers, who will lead the future, to realize the importance of intellectual property and to try to protect it,” said Park, who is an honorary ambassador of the Korean Intellectual Property Office.