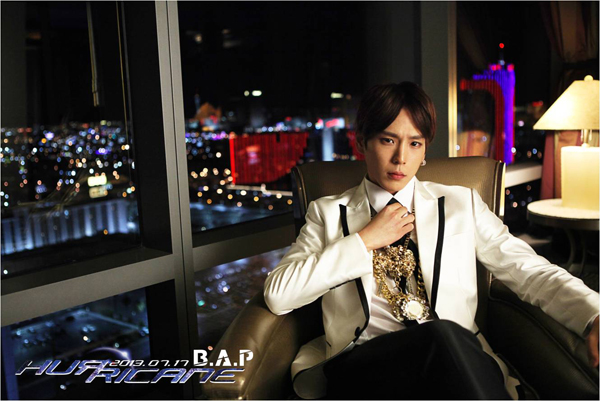 Himchan of B.A.P touches his tie in a photo released yesterday by the group’s agency to promote the new single “Hurricane.” Provided by TS Entertainment 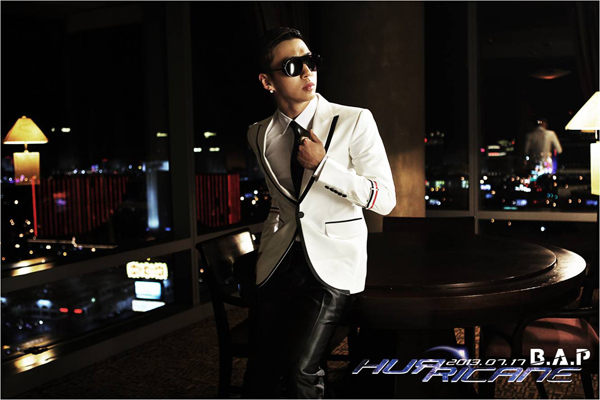 Boy group B.A.P has shown teaser images of its members yesterday prior to the release of the group’s new song “Hurricane.”
The song is the second title song of its third EP, “No Mercy.”
Its agency, TS Entertainment, released photos of Yongguk and Himchan, and plans to release photos of the other two members tomorrow along with the song and an accompanying music video.
In the photos, the two members are posed in a room overlooking the streets of Las Vegas.