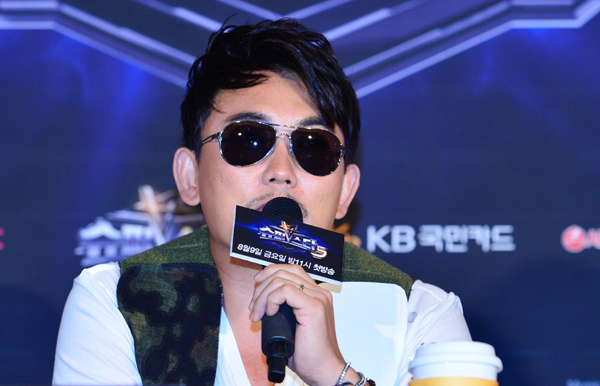 Singer Lee Seung-cheol, one of the judges for “Superstar K5” talks during a press conference. [NEWSIS] 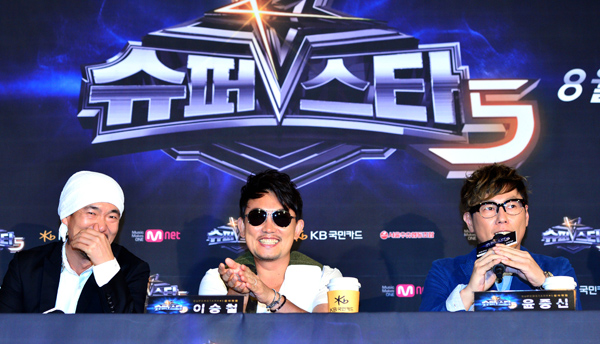 Singer Yoon Jong-shin, far right, talks about his ambitions over being a judge on Mnet’s “Superstar K5” along with Lee Seung-cheol, center, and Lee Ha-neul. [NEWSIS] 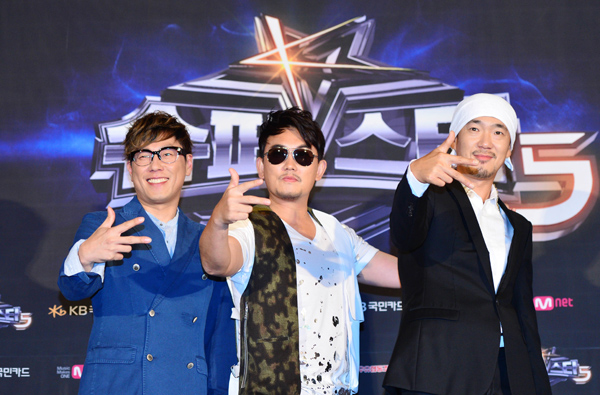 Singers Yoon Jong-shin, Lee Seung-cheol, and Lee Ha-neul, members of hip-hop group DJ D.O.C, gathered together to share their ambitions about being judges for the weekly show that starts on Aug. 9.