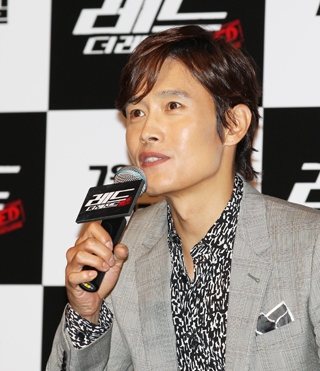 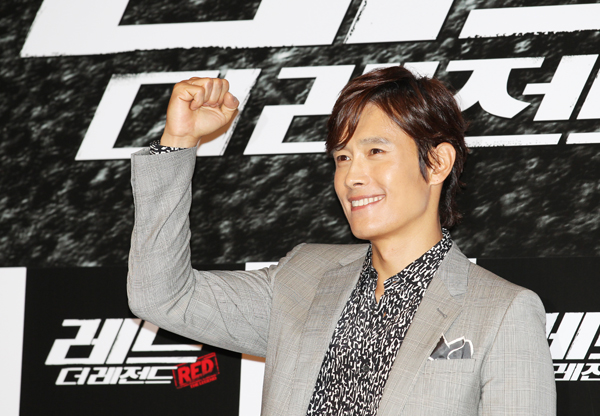 Actor Lee Byung-hun cheers for a good run of his new Hollywood film, “Red 2,” at a press conference for the film on Monday.[JoongAng Ilbo] 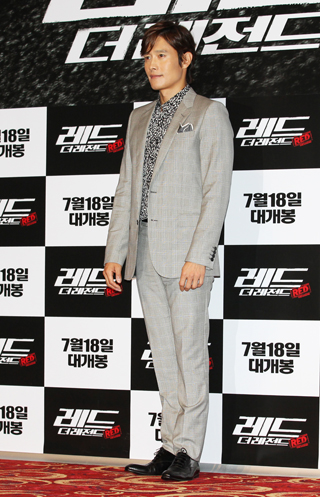 Actor Lee Byung-hun poses for the camera on Monday at a press conference for the upcoming movie “Red 2.”[JoongAng Ilbo]

Actor Lee Byung-hun, who appears in the upcoming Hollywood film “Red 2,” held a press conference Monday prior to the movie’s release tomorrow, after turning out for the movie’s VIP premier in Hollywood last week.
Lee, who plays an agent named Han in the movie, said he had to eat chicken breast or fish everyday and work out for almost two hours as he appears shirtless when he first shows up in the movie.
He will marry his girlfriend, actress Lee Min-jung of TV drama “When a Man Loves,” on Aug. 10.