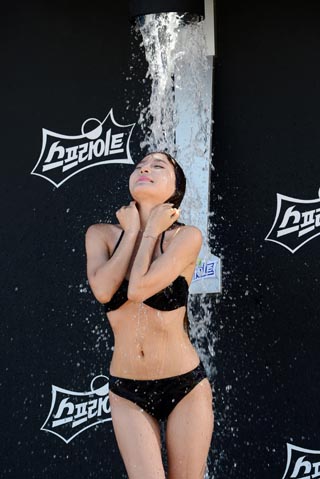 One of the contestants takes shower in a booth set up by Sprite. [NEWSIS] 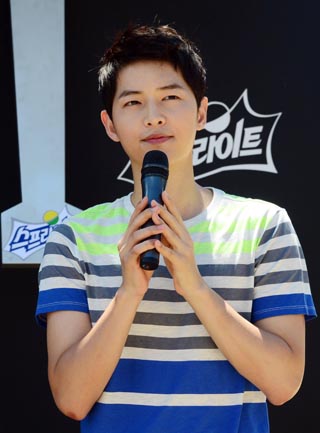 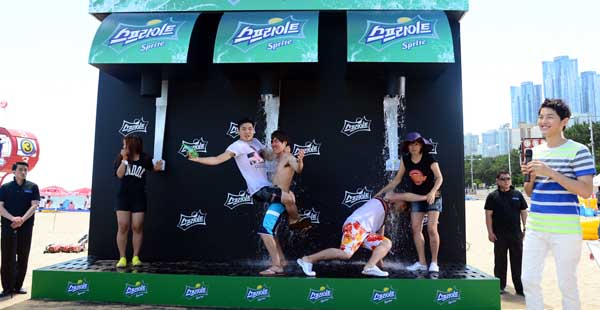 The event, called “Sprite Shower,” invited beachgoers to clean their bodies of seawater in a giant, temporary shower booth that looks like a soda dispenser.

Contestants who posed in an interesting way received prizes from Song.