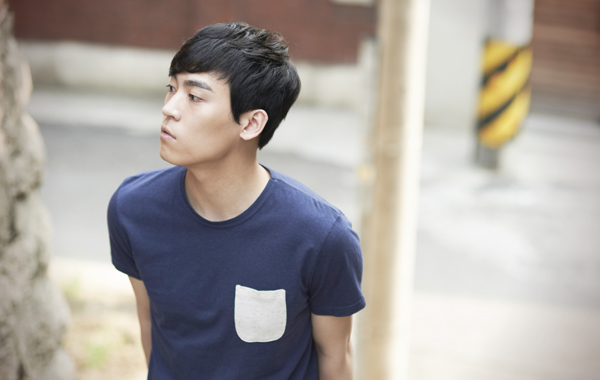 John Park, a semifinalist of the survival audition program “Superstar K2” in 2010, has returned to meet his music fans with his first album, “Inner Child.”

Because he became popular while the show was on, many believed that he might become more of an entertainer than a singer.

However, he made a surprising choice to sign with Music Farm, an agency that houses many artists focusing on music, including singer Kim Dong-ryul, Lee Juk and Lee Sang-soon, none of whom frequently appear on TV or other entertainment shows.

In the album, which was released early this month, he declared himself as a musician by writing and composing five songs. Of the 11 songs, those that he created are toward the end of the album.

“In the earlier tracks, I put in more sparkly songs and then I put more songs that can show the inner side of me toward the end,” said Park.

“The reason the album was named “Inner Child” was to show that there is another identity different from the John Park that I have shown so far.”

He tried to retrace his childhood when making music as he sometimes struggles with Korean, just like he struggled with English after he moved to the United States when he was young.

Music became his friend and a good way to learn English as he started to listen to all types of genres, including alternative rock, country, jazz, blues, soul - after he became interested in music through rap and hip-hop.

Although music has been his close friend, he said that he had never composed nor written lyrics to a song until he joined his current agency in 2011.

The first song he wrote is “Stop,” the ninth track in the album. The song is about his college girlfriend, who cheated on him with another man.

“I felt refreshed after making the hurting memory into a song,” said Park.

“I thought I would never see her again but I think I can be mischievous if I ever run into her, saying things like ‘Hey, I wrote a song about you,’ thanks to this song.”

He hasn’t dated anyone since that girlfriend.

“People at the agency try to set me up with someone, saying that [dating] will make me write better lyrics and create great music,” said Park.

He added that he might focus more on becoming a composer than a singer.

“Fortunately, I found that I have some sense in composing,” said Park.

“I have thought that I may make a better fit as a composer than being a vocalist.”