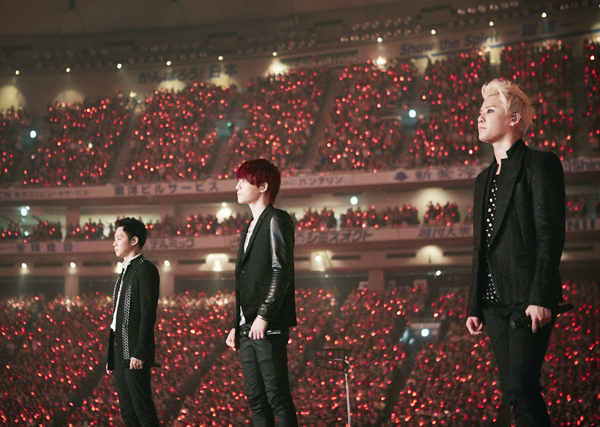 Boy band JYJ may be one of the biggest groups in K-pop, but you would not know it from watching Korean television or listening to Korean radio. The trio has been all but invisible since making its debut in 2010.

JYJ was formed by three former members of TVXQ, one of SM Entertainment’s biggest acts and a leading group in the Korean Wave.

The three members left SM Entertainment in 2009 because of complaints over their contracts, then formed JYJ and released their first album in October 2010.

However, the break was ugly, with SM Entertainment insisting it still had exclusive rights over the three singers.

The rights issue was resolved in 2010, but SM and the Federation then sent an official document to 26 broadcasters and distributors, insisting they not support JYJ. Among those contacted by the music label were Korea’s three terrestrial channels, KBS, MBC and SBS, and several cable channel operators.

The warning letter also said that Korea’s pop culture and the Korean Wave would suffer if JYJ were allowed to perform publicly.

Given that SM Entertainment is the biggest music label in Korea - accounting for 30.3 percent of the country’s 168.5 billion won ($151.3 million) in sales last year and representing big-name idols such as Girls’ Generation, Super Junior and SHINee - the company carries huge clout in the industry.

“Although JYJ showed some great album sales, it was not able to make an appearance on music or entertainment TV programs,” said the FTC’s findings, noting that JYJ has sold almost 100,000 copies of its first album, “The Beginning,” in 2010, and more than 220,000 copies of its second album, “In Heaven,” in 2011.

The nation’s fair trade watchdog told the two entities to stop trying to harm the trio and required the Federation to notify those 26 broadcasters and distributors that it was canceling its original 2010 request.

Attempts to contact SM Entertainment by the Korea JoongAng Daily went unreturned, but local media reported the company is reviewing its legal options.

“We expect to this to be a wake-up call to groups that have created similarly unfair activities in the entertainment scene,” noted the FTC.