Tiffany gets personal for Ceci

Tiffany gets personal for Ceci 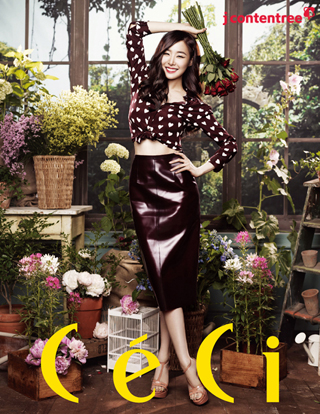 Tiffany smiles as she holds a bundle of roses. [JoongAng Ilbo] 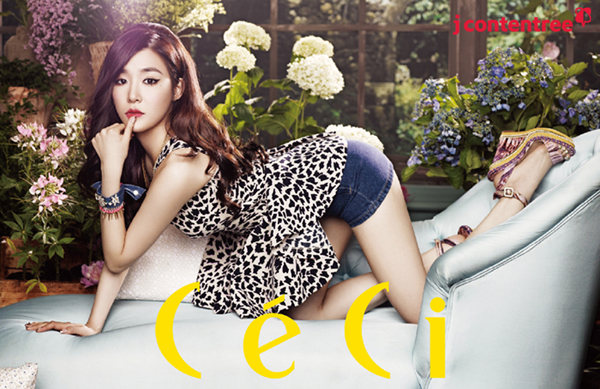 Tiffany of Girls’ Generation poses in a leopard-print top.[JoongAng Ilbo] 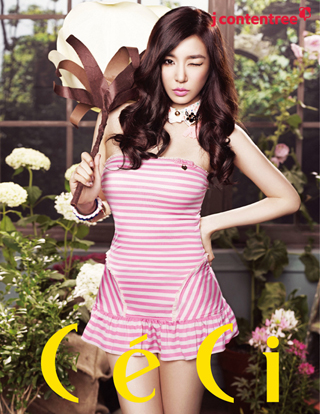 Tiffany of Girls’ Generation will be on the cover of fashion magazine Ceci’s August edition. It is the first time she will appear in a photo without the other members of Girls’ Generation for Ceci.
The magazine will also carry an interview with Tiffany. She has shared stories about throwing the first pitch at the LA Dodgers Stadium in California in May and how the Korean player Ryu Hyun-jin on the team coached her prior to the pitch.
“I used to go to a ball park with my dad when I was young, so I was excited to stand on the mound and throw a ball,” she said.