‘Grandpas Over Flowers’ a ratings hit

‘Grandpas Over Flowers’ a ratings hit 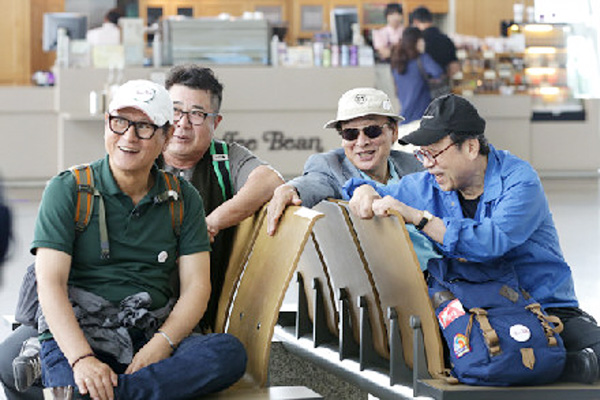 A reality show about four veteran actors has emerged as a surprising hit in this country obsessed with good-looking youths.

This amounts to a blockbuster for Korean cable channels, where the threshold rate to be a popular program is 1 percent. Most of hits on cable channels record a viewing rate of between 1 percent and 3 percent.

Aired at 8:50 p.m. every Friday, “Grandpas Over Flowers” features four actors whose average age is nearly 74 - Lee Soon-jae (77), Shin Gu (76), Park Geun-hyung (73) and Baek Il-seob (69). On the show, the four television fixtures, who often play austere family patriarchs on television dramas, elicit humor with their self-inflicted troubles during their group backpack trip overseas. In the first season, they went to France and many of the episodes are about their tolerance, or lack thereof, of foreign foods.

During Friday’s episode, they visited a French restaurant in Paris known for fig trotters, a dish that is also popular in Korea. They tasted it, but obviously it was a different taste from what they expected, and they had to “detox” with budae jjigae, or a Korean style spicy meat stew, along with a cup of soju as well as Korean cups of noodles.