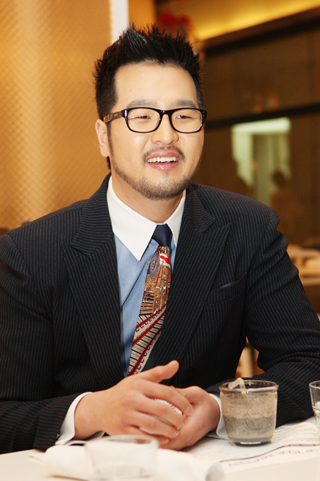 Singer Kim Tae-woo, a former member of boy group g.o.d, will work with his good friend, singer Suho, on the latter performer’s upcoming EP, according to Suho’s agency WS Entertainment.

Kim will feature on Suho’s new song, tentatively named “I’m Not Kidding.” The song is slated to be released within the month.

It is not the first time for the two to work together on a track. Back in 2007, Kim featured on Suho’s first album “Spring, Summer, Fall, Winter” and again on his second album “Love More.”

“The two will show their music taste in the song,” said the agency, according to local media reports.

Suho composed and wrote lyrics for his upcoming song, which is based on the sounds made by acoustic instruments.

Although Suho has rarely released many of his own albums, he has collaborated with renowned singers including IU and K.Will. He has also been part of producing albums for singer Baek Ji-young.