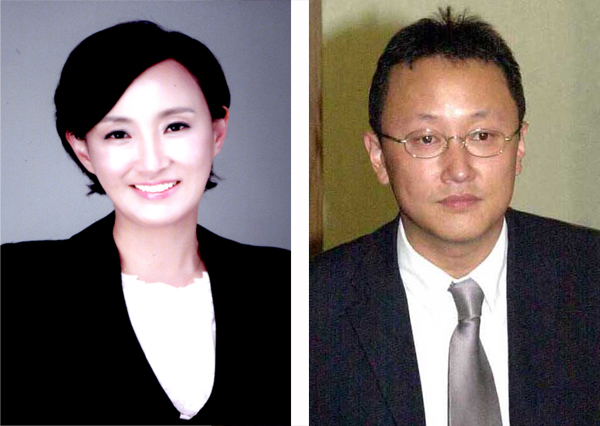 A former spokeswoman of the Democratic Party filed a paternity suit against Cho Hee-jun, former chairman of the daily newspaper Kookmin Ilbo, claiming she gave birth to Cho’s son in 2003.

Cho is the eldest son of David Yonggi Cho, founder and pastor emeritus of the Yoido Full Gospel Church in Seoul, one of Korea’s megachurches. It boasts 480,000 members.

Cha Young, 51, said she and Cho never married and that she was fooled into giving birth to his child. Cha said that Cho, 47, proposed marriage to her with a luxury watch at the end of 2002 even though she was a married woman with two daughters. Cho was married as well.

The former spokeswoman broke up with her husband in early 2003 and the former media mogul divorced his wife around the same time.

The two lived together and Cha became pregnant in August 2003 but Cho broke off contact with her. Then Cho tied the knot to a Japanese woman and Cha remarried her ex-husband in 2004.

Cha stressed that it’s her right to claim child support from Cho in an exclusive interview with the JoongAng Ilbo.

“I feel a little embarrassed as a woman and the legal battle might hurt my political standing,” said Cha, who started her career as a news anchor at the Gwangju branch of MBC in 1984.

“I feel always sorry for my son,” she said, “because he might suffer identity problems. Now, I feel a load is off my mind.”

In the complaint, she sought 100 million won ($89,000) in psychological damages and another 100 million won for child-rearing expenses that she has paid since 2004. The former spokeswoman also asked Cho to pay 7 million won per month as child support in the future.

She said the primary reason for the lawsuit is to compensate her 10-year-old son for a kind of “lost life” in his youth and legally establish the case that Cho is his father.

“He deliberately avoided my phone calls and other [forms of] contact even though he was aware that I had brought up our son,” Cha said. “He said, ‘I know he is my son, but I don’t want to be identified as his father until he comes of age.’”

“That means he doesn’t want to bear any legal responsibility for his son,” she said, “and that’s unforgivable.”

Cha added that her son’s grandfather, David Yonggi Cho, recognized the 10-year-old boy as his grandson this year when she met the religious heavyweight.

The pastor is currently under investigation for misappropriating church funds to buy stocks of a company once owned by his eldest son, Cho Hee-jun.

The son was also charged with embezzling 3.5 billion won of his company funds in 2008.

The Yoido Full Gospel Church has tried to distance itself from the latest scandal.

“Cho Hee-jun is the founder’s son but he doesn’t belong to the church,” said a representative of the church. “So, it’s inappropriate to comment about the matter.”