B.A.P. comes back with ‘Badman’

B.A.P. comes back with ‘Badman’ 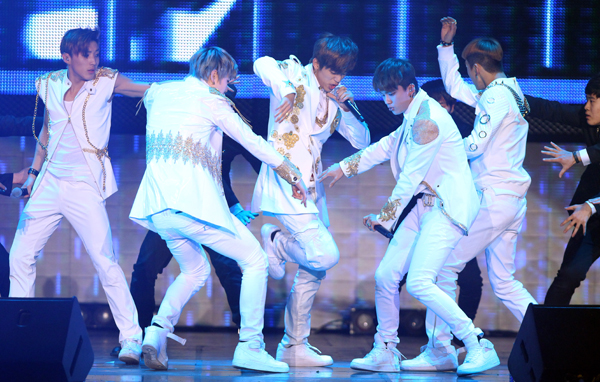 Boy group B.A.P made a comeback yesterday releasing its third mini album “Badman.”
The group released all six songs on the album as well as a music video of the title song with the same name as the album.
Prior to the group’s album release, it introduced two songs other songs: “Coffee Shop” and “Hurricane.”
“The group wanted to deliver a message of justice through ‘Badman’ to a world that is confused with crimes,” said its agency TS Entertainment. “The song will bring out the group’s great charisma.”
Along with the song, many fans were excited to finally see the music video, which was filmed in Detroit on the same set where the “Transformers” movie series was shot.
The group will start its promotions on local music shows as well as through its concert “B.A.P Live on Earth Seoul Wanted” at Seoul Olympic Park for two days starting Aug. 17.