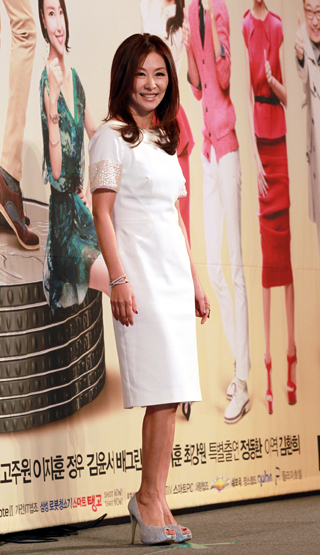 Actress Lee Mi-sook of the KBS drama “You’re the Best, Lee Soon Shin” has found a new home at Sidus HQ, according to local media reports yesterday.
Lee, who has been working by herself without an agency, has decided to settle with one that can support her in the best possible way after a legal battle she was fighting against her former agency ended.
The Supreme Court of Korea ordered Lee to pay 120 million won ($107,760) to her former agency, The Contents Media, last month. The agency sued Lee, claiming that she broke her four-year contract with the company without getting prior consent in 2009.
Although the agency sought 200 million won in compensation, the court ruled Lee to pay 120 million won.