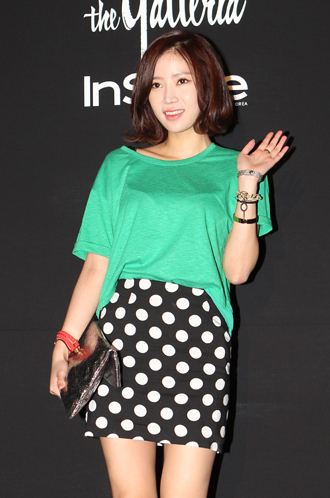 Actress Im Soo-hyang of the KBS drama “Iris 2” and SBS drama “New Tales of Gisaeng” has been cast to play the lead role in an upcoming drama, tentatively named “Generation of Gratitude” on KBS.

“When she first got the script, she fell in love with the drama and focused on reading,” said an official at the production team. “After she competed with some other candidates, she became the final choice.”

The drama, which is scheduled to start its run in November, will have 24 episodes.

She will act with singer and actor Kim Hyun-joong of the TV drama “Boys Over Flowers.” It is the first time in three years Kim has participated in a TV drama.

In the drama, Im will play Gaya who loses her parents who she hasn’t seen in 10 years due to Jeong-tae, who is going to be played by Kim.